WE ARE Investors, THINKERS, MODEL BUILDERS AND ENTREPRENEURS

We are a small team of tech-savvy and thoughtful people who enjoy sharing our work with others.  We get excited by new ideas and discoveries.  We think differently about a lot of things and have fun answering tough questions and testing the truth of what we discover. 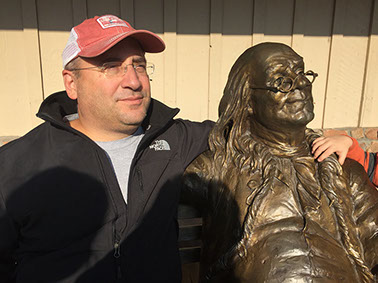 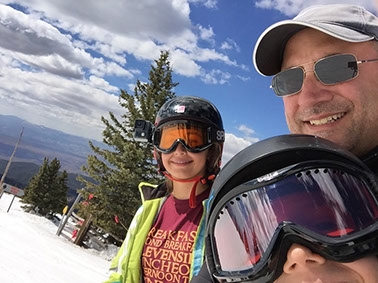 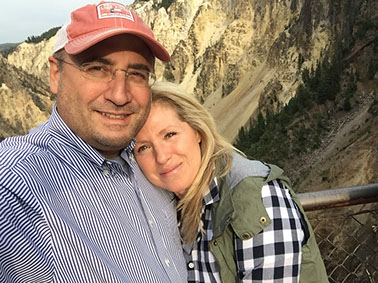 J.P.  is the original founder of Highcrest Capital and currently serves as its Chief Executive Officer.

Before starting the firm, J.P. was the Chief Investment Officer of Greenwich Private Capital, LLC, a proprietary investment company located in Greenwich Connecticut that managed the wealth of a prominent New York family.  Early in his investing career, J.P. studied under Edward Seykota, who is widely regarded as one of the forefathers of quantitative investing.  Prior to his investing career, J.P. was the founder and CEO of SiteLogic Technologies, a legal technology company that was eventually sold to a private investment group.

Over the years J.P. has acquired a particular interest in Systems Theory and spends much of his free time researching its application to various human endeavors, such as investing, law, and technology.  J.P. lives on a ranch in Fredericksburg, Texas with his wife, Christy, their three young children, and an assortment of livestock. 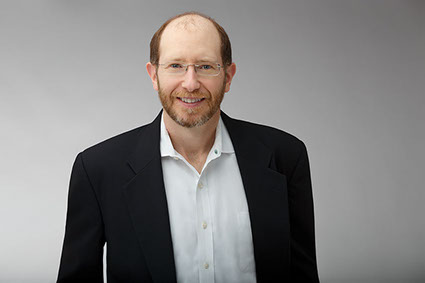 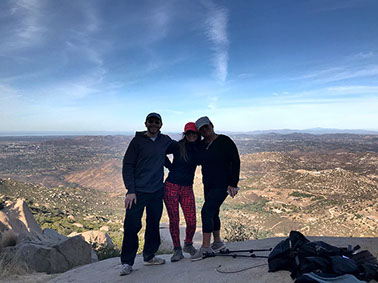 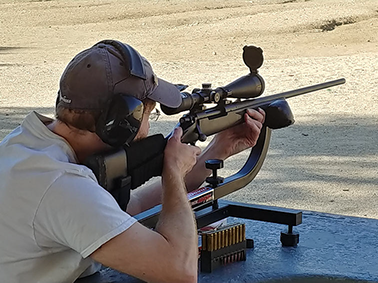 Jayson is a Portfolio Manager at Highcrest Capital.  Prior to serving in that role, Jayson served as the General Counsel of River City Petroleum, Inc., a fuel distribution company with roughly $1 billion in sales. In that role Jayson oversaw a loan and credit portfolio of approximately $700 million. Jayson has extensive experience in small business lending, having sourced and managed thousands of commercial loans to small and mid-sized businesses. Previously, Jayson worked as an attorney for Seyfarth Shaw, LLP, and for Jackson Lewis, LLP, two national law firms. Jayson is a graduate of U.C. Berkeley’s Boalt Hall School of Law, and is a graduate from the University of Hartford with a B.S. in finance and economics in 1991, summa cum laude.

When asked what the Highcrest mission statement means to him, Jayson is quick to point out our unique focus on people.  For him personally, it means that we “aren’t in this business to enrich ourselves, but rather to serve real people, and not just accounts.”  For Jayson, these are the husbands, wives, and parents who have entrusted us with managing their hard-earned wealth.

As a Portfolio Manager, Jayson’s core value is stewardship.  Jayson is old enough to remember quite clearly the major investment calamities of the past three decades.  From the Volcker recession, to the '87 stock market crash. The S&L crisis, the Asian currency collapse and then, the tech bubble followed by the historic '08 - '09 collapse. All of them having a major impact on the markets. “History doesn't always repeat itself but usually it rhymes.  Investors have learned hard lessons over the years, and we simply will not place our partners' money into what we believe are unreasonably risky positions.” 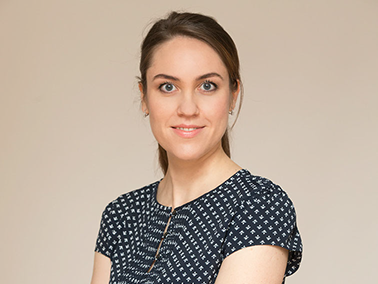 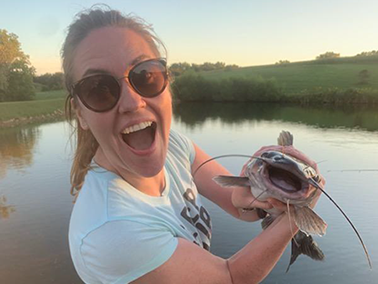 Rimma serves as a Portfolio Analyst at Highcrest Capital.  Prior to this role, she served as a Financial Analyst at Allstate Insurance group and then for Intellectual Ventures / Xinova / Allied Inventors, a venture capital firm based in Seattle.  Rimma, originally from Russia, came to the United States in 2008 to study finance and graduated in 2010 with a BS in Finance from City University of New York: Brooklyn College.  Rimma holds the Chartered Financial Analyst (CFA®) designation, regarded by most to be the key certification for investment professionals, especially in the areas of research and portfolio management.

In her role, Rimma is responsible for helping to manage and report on the the small business loans in Highcrest's portfolio.  Rimma is also responsible for a variety of internal finance functions at Highcrest, including the accounting work that goes into closing the books every month.  When not working at Highcrest, she is busy improving her skills as a compound bow archer and hiking.

Along with the rest of the Highcrest team, Rimma shares a love of exploring unique ideas and opportunities.  “Highcrest gives me a chance to do something innovative and interesting in a firm that allows for free thinking.”  What makes her feel most at home at Highcrest is being part of a group where everyone’s input is taken into account, and where everyone has the opportunity to voice their opinion and contribute new ideas. 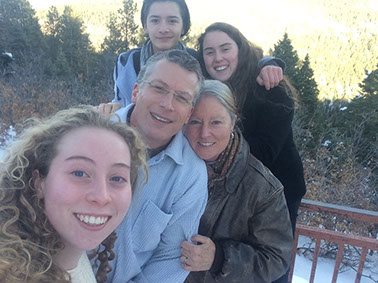 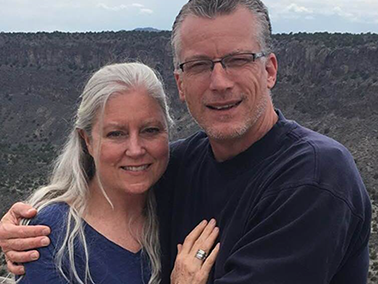 Sloan Gunter is the Vice President of Client Services at Highcrest.  Before joining Highcrest, Sloan was a Managing Partner of Safewealth Advisors based in Austin, Texas.  Prior to that role, Sloan held a variety of marketing and investment advisory positions at companies such as Axa Equitable, Prudential, and MetLife, and was responsible for more than $2 billion of raised assets.  Sloan graduated from Southern Methodist University in Dallas, Texas, in 1985 with a B.A. in English Literature.

For Sloan, the Highcrest mission is found primarily in its focus on relationships.  In Sloan’s view, “relationships are at the heart of what we do.  It is our clients and partners that make our business what it is today.”  To Sloan, another essential element of the client relationship is good stewardship of our partners’ capital.  “We make sure to stay away from the typical Wall Street approach to investing.  We couple conservative principles with smart, unconventional, investments,” a point Sloan is eager to share when he meets new clients.

When Sloan’s wife, Debra, was asked for an interesting fact that others might not know about him, she noted: “He is a fabulous singer!”  She also remarked “Sloan gets things done and is very direct with people.  But at the same time he has a great gift for connecting with them.”

When not traveling, Sloan spends much of his time with his wife and their three children.  Giving back is important to Sloan and his family and they choose to serve others through outreach organizations and their church.  Born and raised in the West Texas town of San Angelo, Sloan and his family currently reside in Austin, TX. 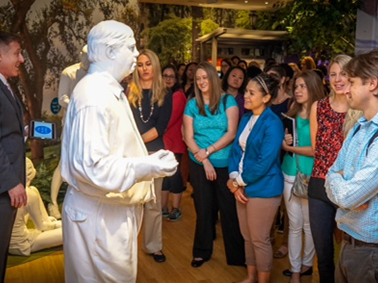 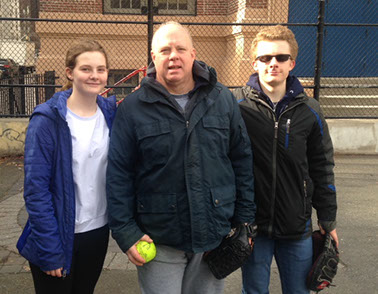 Neil is the Controller for Highcrest. His role is to ensure that all company financial matters are handled expertly and he acts a trusted advisor to JP. Neil has over thirty years of diverse financial experience including positions at several Fortune 100 companies such as United Brands, Dun & Bradstreet, JP Morgan, and Bristol-Meyers Squibb. He was the CFO of a start–up Information Technology consulting company and has served as the outsourced Controller for many small to mid-size businesses in addition to non-profit organizations for over ten years. Neil is a Certified Public Accountant and Certified Internal Auditor and holds an MBA in Finance from Temple University.

“Highcrest utilizes the service of various people of different backgrounds and skill sets all pulling together to achieve superior results.” For Neil the Highcrest mission is about enabling clients to enrich themselves by taking advantage of cutting edge investments in a transparent way. One extremely hard to believe but absolutely verified fact about Neil, is that there is a full size statue of him in Washington, DC. Go figure!

Jody is the Operations Manager for Highcrest Capital.  Prior to joining the Highcrest team, Jody served as the Director of Business Development & Marketing for the hospice department of the Hill Country Memorial Hospital in Fredericksburg.  Prior to that, she worked in the engineering department of Central Texas Electric Co-op.  Jody graduated from the University of San Antonio with a B.S. in Multidisciplinary Science and a Minor in Geology.  In her off hours, Jody is pursuing a Master's in Hydrology and Water Security through Oklahoma University.  As Operations Manager, Jody manages the various business operations of Highcrest, including client services and onboarding.

Jody most relates to the Highcrest values of love, family, and relationships.  According to Jody, "These values are not only present and important in our personal lives, but in our Highcrest team and the people we serve. Being people focused makes all the difference in life, both personally and professionally.  I feel that the relationships in our lives are what motivate us to be better."

When not working, Jody is actively involved with her boys in their schooling, sports, 4-H, and their common love of the outdoors.  Jody has been an avid hunter since the age of 4, and now enjoys giving back to others by sharing her love of shooting sports and hunting, especially with her sons.  She is a certified 4-H Archery Coach, and has guided hunts for military personnel, Gold Star family members, and Operation Orphans.  She was born and raised in Fredericksburg, and lives at the Geistweidt family's Century Ranch in Doss with her husband and two boys. 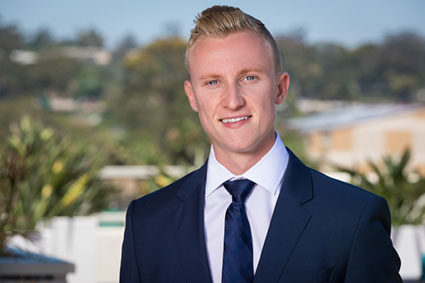 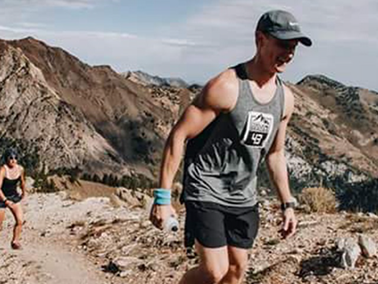 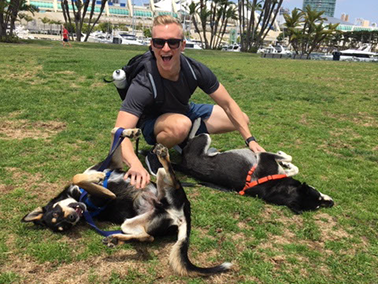 Jake Cohen is a Credit Analyst for Highcrest Capital. In that role, Jake supports our Portfolio Manager, Jayson Javitz, and the rest of the underwriting team as they review, analyze, and select the individual loans that we purchase for our portfolio. Prior to joining Highcrest, Jake worked as a Financial Advisor for Merrill Lynch Wealth Management. Jake received a Bachelor’s Degree in Finance from the University of San Diego, and currently lives in San Diego where he offices with Jayson Javitz and the rest of our underwriting team. Outside of the office, Jake’s interests and hobbies include outdoor fitness, playing golf, and writing business biographies. 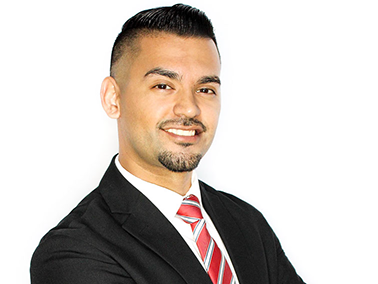 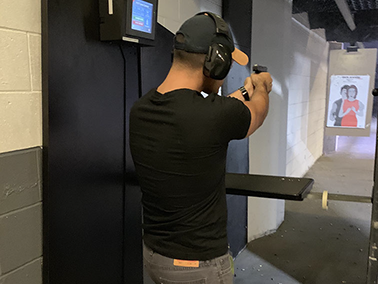 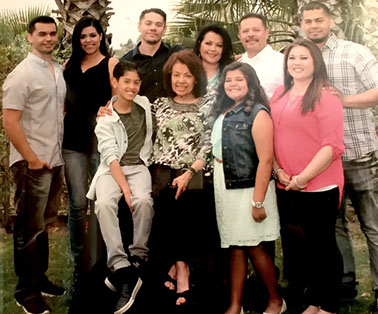 Mark Macias is a Credit Analyst for Highcrest Capital. In that role, Mark supports our Portfolio Manager, Jayson Javitz, and the rest of the underwriting team as they review, analyze, and select the individual loans that we purchase for our portfolio. Prior to joining Highcrest, Mark worked for three years as a credit analyst at National Funding, a leading financial technology lending firm.  Mark received a Bachelor’s Degree in Political Science from the University of Redlands, and currently lives in the San Diego suburb of San Ysidro, where he offices with Jayson Javitz and the rest of our underwriting team. Outside of the office, Mark’s interests and hobbies include reading, hiking, traveling, time at the gun range, and spending time with his wife and their families. 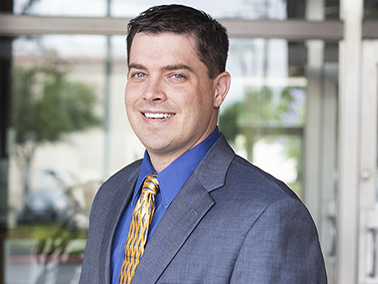 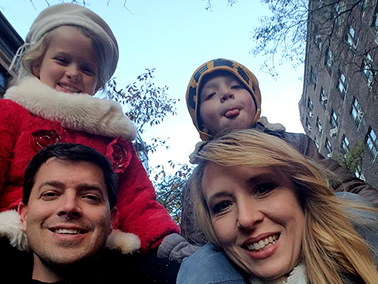 Wes McKnight is an Assistant Portfolio Manager at Highcrest Capital. In that role, Wes is responsible for helping to manage the commercial loans acquired by Highcrest that are secured by first liens on commercial real estate.  Prior to joining our team, Wes worked at a number of major banking institutions, international lending funds, and capital management firms, where he managed several large portfolios that together comprised more than $800 million of asset backed loans, including real estate secured loans.  Since 2015, Wes has completed over $400 million in real estate transactions.

In his role, Wes is responsible for helping to underwrite and source the commercial loans that Highcrest acquires that are secured with first lien positions on income producing real estate real located throughout the United States.  Wes also assists in other portfolio related tasks such as analytics and reporting.